Alpha Bank’s Investor and Analyst Relations Division won the first place, for yet another year, in the “Best IR Team Overall – Sell-Side Only- EMEA Financials” category of the “Executive Teams Research”. Conducted by the credible international business site www.institutionalinvestor.com, the survey highlights the top professionals in the international institutional investor sector.

Moreover, Alpha Bank won third place in the “Best IR Team Overall” category, while it was the only Greek bank to rank first in one of the categories that are part of this prestigious international survey, which features the participation of thousands of capital managers and analysts from around the world.

These distinctions are indicative of Alpha Bank's strong recognition among the investors community, given its steadily high performance in the investor relations sector.

Alpha Bank has been named “Best Bank in Greece” for 2020, at the “Awards for Excellence 2020” by the international financial publication “Euromoney” due to its adaptability, robust capital position and commitment to social responsibility throughout the recent COVID-19 crisis.
According to the selection committee, Alpha Bank was recognized for maintaining prudent capital management with the ambitious launch of one of the largest NPE securitizations in the European market this year, which aims to almost halve both the group's NPE and NPL ratios. 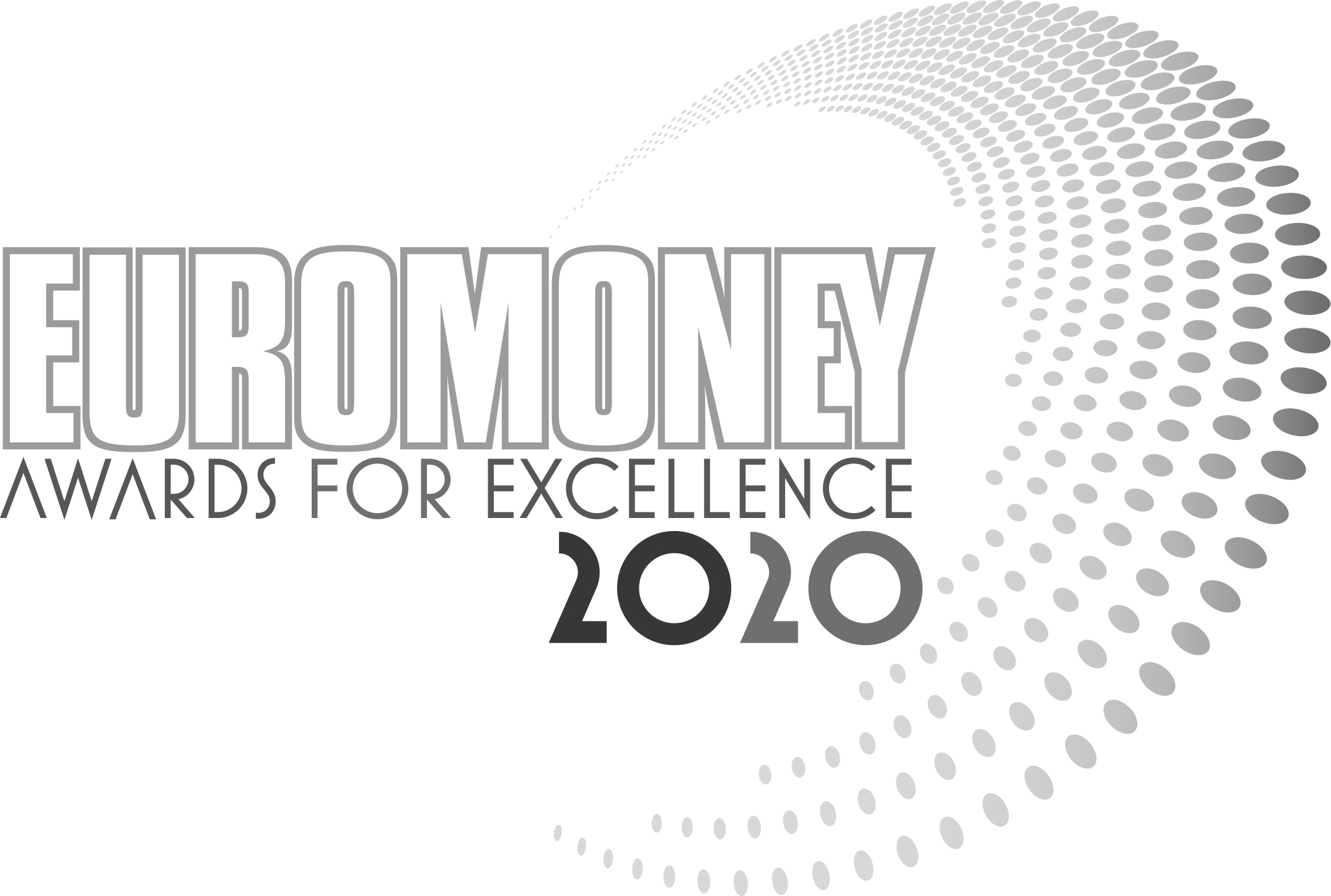 Alpha Bank has also proven its resilience and ability to adjust to a changing world through its digitalization transformation strategy. This has already brought significant progress in the bank's retail and business on-boarding. Finally, Alpha Bank is proud to have offered a range of measures to support its Customers through the economic uncertainty during the COVID-19 pandemic. This has included – on top of state supported loan programs - a financing of Euro 2.3 billion to Businesses, year to date, as well as a variety of loan extensions and payment deferrals to our Customers.

Alpha Bank was named “Best Issuing Bank in Southern Europe” for 2019 by The International Finance Corporation (IFC), a member of the World Bank Group, rewarding its consistently high performance in promoting international trade.

Alpha Bank was included, for the second consecutive year, in the Bloomberg Gender-Equality Index (GEI) one of the most important indices for businesses around the world, for its commitment to the reinforcement of gender equality and advancement of women in the workplace.

The new Bonus Program application (Bonus App) of Alpha Bank was awarded with three prizes, for its high popularity and the innovations it introduces in the mobile business sector, at the annual e-Volution Awards 2020.

Alpha Bank was named “Best Private Bank in Greece” for 2019 at the "Global Private Banking Awards 2019” that were held in London, on October 31, 2019, organised by the internationally acclaimed publications “Professional Wealth Management (PWM)” and “The Banker” of the Financial Times Group.

Alpha Bank gained distinctions, for the fifth consecutive year in the Extel Survey, the long-standing independent study aiming to highlight the best professionals across the European Equities Investment industry, on a yearly basis.

According to the 2019 Survey results, Alpha Bank ranked 1st in Greece in all categories. More specifically:

Dimitrios Kostopoulos, Head of IR and Elena Katopodi, Deputy Head, were voted at the top 2 positions as IR Professionals in Greece amongst all Greek corporates.

Major distinctions for www.alpha.gr at the Ermis Awards

Alpha Bank received a Gold and a Silver award for the bleep app at the “e-volution Awards 2019”, which reward best practices in Greek e-commerce and business.

In 2018, Alpha Bank won important awards which confirm the quality of the services and products it provides to its Customers.

Alpha Bank was named “Best Private Bank in Greece” for 2018 at the "Global Private Banking Awards 2018” that were held in London, on November 7, 2018, organised by the internationally acclaimed publications “Professional Wealth Management (PWM)” and “The Banker” of the Financial Times Group.

Alpha Bank was distinguished for its successful social media presence, at the Social Media Awards 2018. Specifically, it won the following awards:

Alpha Bank was named “Best Bank in Greece” for 2018, at the “Awards for Excellence 2018”, held by the international financial publication “Euromoney”, at a special event in London, on July 11, 2018.

The award is presented annually to banks whose dynamic profile in the international and regional markets in which they operate sets them apart from the competition and are chosen following an in-depth analysis of their qualitative and quantitative figures. According to the selection committee, Alpha Bank was distinguished for its superior performance in 2018 ECB’s Stress Tests among Greek systemic Banks, as well as its solid operational profitability, the highest in the sector for another consecutive year.

Alpha Bank gained significant distinctions in the annual international survey conducted by Extel, aiming to highlight the best professionals at a Pan-European level.

Alpha Bank's General Manager – Chief Financial Officer, Mr Vassilios E. Psaltis was voted Best CFO in Greece and 7th in Europe, out of a total of 92 CFOs across European Banks.

More than 11,300 investment professionals participated in the Extel Survey 2018, from a total of 2,923 buy-side and sell-side firms and 1,531 listed companies, covering a broad spectrum of industries, such as banking, pharmaceuticals, automobile, oil industry, telecommunications, transportation, utilities and others.

The results above are indicative of Alpha Bank's strong recognition among the investment community, with foreign institutional investors comprising 81% of our total shareholder's base.

Alpha Bank won more major distinctions in 2017, for its performance in the field of financial services and for the implementation of new, innovative technologies.

In the framework of Extel's annual survey of leading professionals in the financial services sector in Europe, Alpha Bank and the Investor and Analyst Relations Division ranked respectively:

Alpha Bank received six important distinctions –two Gold and four Silver Awards– for myAlpha Wallet, Alpha e-Commerce and the Alpha Bank electronic payment services, in recognition of the Bank's successful design of new, innovative services to meet the needs of its Customers, both Individuals and Businesses, in the best possible way.