The defacements that hurt

Alpha Bank implements since 2013 the program “The defacements that hurt” for the restoration and maintenance of sculptures and monuments in landmark areas of Greece’s main cities. 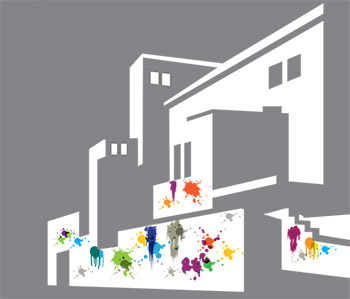 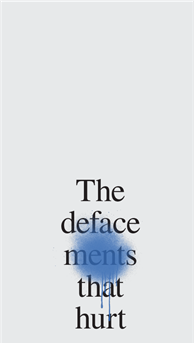 The defacements that hurt

In 2013, the program’s first year, six sculptures at Syntagma square and three statues in the forecourt of the National History Museum were fully restored.

The Bank continued its activities in 2014 with the restoration of seven sculptures, two monuments and two fountains at the Propylea and Garden of the University of Athens and the National Library. In addition, the bust of Jean Moreas, a work by French sculptor Antoine Bourdelle located in the Athens National Garden, was also restored. The original was replaced by a replica and was transferred to the City of Athens Art Gallery.

In 2015, with the program “The defacements that hurt”, the Bank helped restore four more sculptures, in collaboration with the Municipality of Athens: the bust of Emmanouil Xanthos in Kolonaki Square, “Girl in ecstasy” by Michael Tombros in Fokionos Negri Street, “Little girl” by Antonios Sochos, and the bust of Queen Olga at the Evangelismos Hospital park.

In 2016, the program was expanded to Thessaloniki, with the offer of a professional graffiti removal and surface restoration machine to the Municipality of Thessaloniki, for the embellishment of local monuments and their surrounding area.

The program’s activities in 2016 were continued with the initiative “Let’s give Nea Paralia its old glow back”, implemented in partnership between Alpha Bank, Anatolia College, the city's Y.M.C.A. and the Municipality of Thessaloniki. Its objective was to revitalise and improve the Nea Paralia area, one of the most frequented areas in the city.

In 2017, the program’s activities focused on the restoration and maintenance of the National Theatre of Northern Greece, the historic building of the Royal Theatre in Thessaloniki and the Athens Conservatoire.

In 2018, restoration work took place in the surrounding area of the White Tower in Thessaloniki. The Program was also expanded at Nafplio in order to restore buildings and monuments, where the wall of the “Palamidis” Nafplio Public Library and the wall behind the statue of Constantine Kanaris were cleaned. Activities took place in collaboration with the Nafplio Library and the Municipality of Nafplio. By the end of the year, restoration and maintenance of the Vallianos Building, which is part of the National Library of Greece historic complex took place.

The Program continued in 2019, by restoring the Numismatic Museum Building in Athens and further embellishing parts works at the “Garden of Sculptures” of the Nea Paralia area in Thessaloniki, as well as cleaning sculptures in public spaces of Nafplio.

It should be noted that the sculptures that have been restored through the Program, in the center of Athens, are being maintained, without interruption since 2013.

In view of the celebration, in 2021, of the completion of 200 years from the Revolution of 1821, it was decided to undertake the conservation of statues and busts of heroes of the Revolution, installed in various locations of Athens. The relevant activities were launched in October 2020 and were completed in February 2021. The statues in which the work has been completed are those of Makrygiannis, Georgakis Olympios, Konstatinos Kanaris, Emmanuil Xanthos and Athanasios Petimezas.

This initiative is carried out in collaboration with the Athens Municipality and with the contribution of teams of specialist expert sculpture conservators.

By the end of February 2021, the Bank had successfully completed the restoration of more than 40 sculptures and monuments in Athens, Thessaloniki and Nafplio.